I have investigated the matching law, behavioral contrast, and the participation of women in psychology. My current research examines systematic changes in the ability of reinforcers to support responding (changes in reinforcer value). Response rates are not constant within sessions when animals respond on operant or classical conditioning procedures. Instead, responding usually starts slowly, increases to a peak, and then decreases within the session. These systematic changes in response rate occur mainly because the value of the reinforcer changes with its repeated delivery across the session. The changes in reinforcer value are, in turn, produced by sensitization and habituation to the sensory properties of the reinforcer. I believe that sensitization-habituation may eventually provide the key to understanding the termination of many behaviors that are currently attributed to different mechanisms. For example, the termination of feeding is usually attributed to satiation; the termination of running to fatigue; the termination of videogame playing to boredom; and the termination of drug taking to achieving the desired high. Arguing, instead, that all of these behaviors stop in part because of habituation to the sensory properties of their reinforcers suggests a common theoretical explanation for the behaviors, as well as entirely new methods for controlling these behaviors in practice.

McSweeney, F.K., & Weatherly, J.N. (1998). Habituation to the reinforcer may contribute to multiple-schedule behavioral contrast. Journal of the Experimental Analysis of Behavior, 69, 199-221. 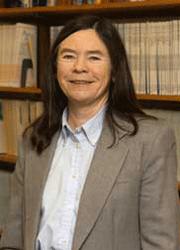