I am an American Indian scholar with extensive experience researching addictive behaviors and alcohol use interventions among ethnic minority populations, including American Indians and Alaska Natives, and among college students. Most of my research during the last 15 years has been toward the advancement of understanding and effectively intervening upon addictive behaviors among racial and ethnic minorities in culturally appropriate ways. My work has examined and advanced our understanding of the use of assessment and interventions within these communities using rigorous Community Based Participatory Methods. Current collaborations are being carried out with Native Americans in Alaska and Montana. In addition, other recent scholarship has focused on issues related to university climate for diverse students, including studies of microaggressions on campuses and concerning methods for diversifying the faculty.

Blume, A. W., Lovato, L. V., Thyken, B. N., & Denny, N. (2012). The relationship of microaggressions with alcohol use and anxiety among ethnic minority college students in a historically White institution. Cultural Diversity and Ethnic Minority Psychology, 18, 45-54. 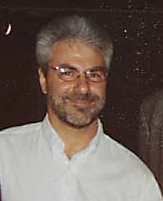