My research is currently focused on sex differences in the effects of psychoactive drugs – primarily opioids (e.g., morphine, codeine) and cannabinoids (e.g., THC, the psychoactive compound in marijuana). Opioids are widely used therapeutically and cannabinoids have broad therapeutic potential; additionally, both classes of drugs are abused by millions of people in the U.S., including many women. However, as with most commonly used medications, the myriad effects of opioids and cannabinoids have been well-characterized only in males. Yet recent data from a number of laboratories indicate that opioids and cannabinoids may not affect males and females exactly the same way, producing differential analgesic, reinforcing (rewarding), subjective and other effects in each sex. Sex differences in drug effects are often attributable to the different gonadal hormone milieu in males vs. females, during development or adulthood. Thus, our primary research goal is to determine how endocrinological and neurobiological differences between males and females may explain their differential sensitivity to psychoactive drugs. Ultimately this research will inform us about whether we need to adjust the way we use drugs medicinally in men vs. women, and whether there is any biological explanation for differential drug abuse in men vs. women. 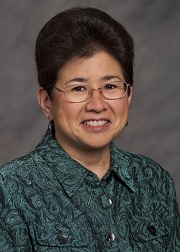